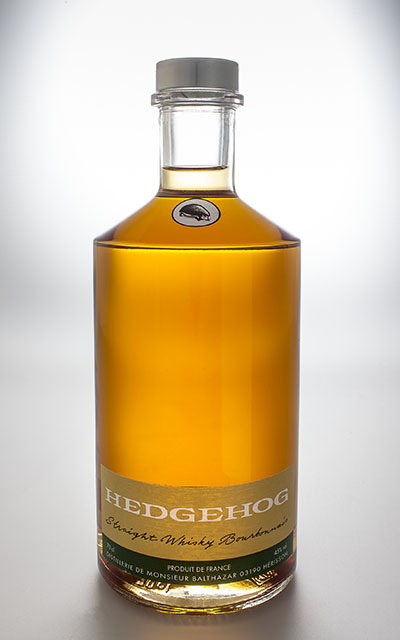 The story behind the bottle

This whisky is named after the French town of Hérisson (which means ‘hedgehog’), in the north of the Auvergne region, where its journey began.

“Monsieur Balthazar” created this whisky by combining three grains: organic corn (65%), malted barley and rye. These same ingredients as in American bourbon, which is hardly surprising as the town is in the old French duchy of Bourbon.

After fermentation, the ‘wash’ is distilled twice, very slowly in a double-boiler Holstein still.

The whisky is then stored for three years in barrels made of oak from the local Tronçais forest before being transferred to old cognac barrels. In total, the whisky is aged for 6 to 8 years before being bottled and sold.